The Celebration of the Sea Festival in Cascais 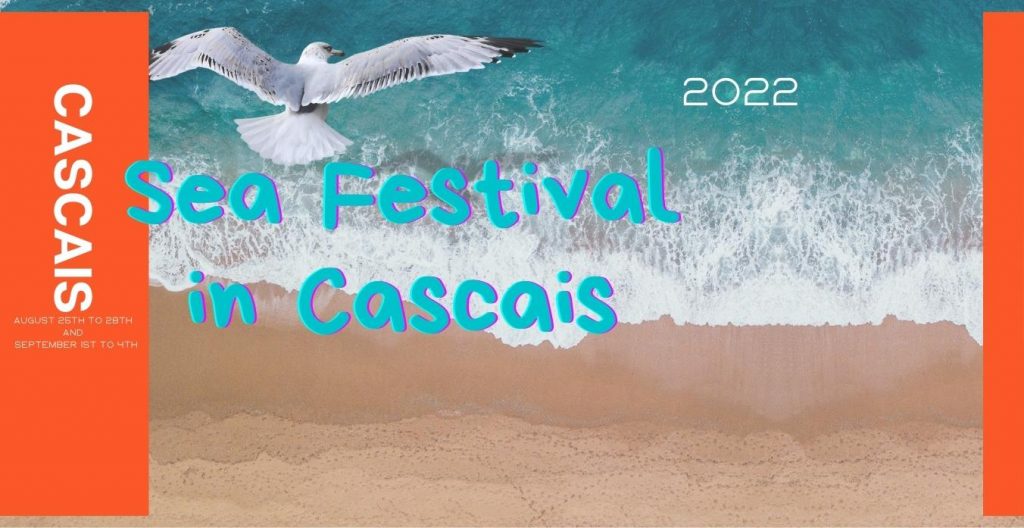 Or How to Spend Some Great Time in Cascais in September 2022!

From August 25th to 28th and from September 1st to 4th, Cascais will host the Festa do Mar . During these festive days, national artists will perform free daily concerts accompanied by fireworks, music, handicrafts, and the traditional procession in honor of Our Lady of the Sailors. This is the perfect opportunity to get to know the musical and traditional soul of Portugal, thanks to the presence of musicians such as Ana Bacalhau, Joan Espadinha, João Pedro Pais, and the Cascais Symphony Orchestra.

This year, the band Delfins will be the festival’s heart, as its members will return to perform after 10 years of separation, with the vocalist returning to his home village of Cascais. The concert will be divided into two parts, the first dedicated to guest musicians and the second one to the Delfins band, which will perform in collaboration with the Cascais Symphony Orchestra.

Where did this festival originate?

Festas do Mar dates back to the 1940s when processions in honor of Our Lady of the
Sailors were not yet so popular. It was in 1992 that the local fishermen’s associations of Cascais began to draw local attention to this festival, becoming really popular for many tourists.

Festas do Mar takes place in the natural amphitheater of the Bay of Cascais, in front of a truly picturesque natural and cultural setting. The festival is held in front of Praia de Ribeira between Palácio Seixas, the city’s landmark, and the Museu da Vila, one of Cascais’ most representative buildings. In the area where the festival is held, there are various facilities such as bars and restaurants, public gardens such as the Jardim Visconde da Luz, old markets where you can buy local products such as the Mercado de Vila, shopping centers such as the Cascais Villa Shopping Center but also hospitals and diving sports centers.

Festas do Mar is not the only festival taking place during this period. The Música no Parque the festival will take place in Cascais from August 19th to 28th, which is an event dedicated to promoting and supporting Portuguese music in the Parque Marechal Carmona and the Hipódromo Manuel Possolo. Located in the museum district, these spaces reflect the perfect the setting for a festival aimed at supporting Portugal’s historical and cultural heritage.

For those wishing to take a trip out of the city, Lisbon will also host festivals on the same dates, including the Opera fest Lisboa 2022 to be held in Lisbon’s Museu Nacional de Arte Antiga from August 19th to September 10th, the Kalorama festival will be held in the Parque da Bela Vista from September 1st to 3th.

For lovers of museums and culture, the Rota do Bairro dos Museus begins from the Bay of Cascais. That is a true quarter that extends to the Marina and into the city, where you can visit museums representing Cascais’s tradition, memory, and cultural heritage. These include the Fortaleza N. Sra. da Luz, the Marégrafo de Cascais, the Ciudadela and the Lighthouse Museum. On the other hand, if you want to go shopping, eat traditional food and wander among buildings decorated with traditional azulejos, the old town center is the place you are looking for. It is within easy walking distance, being only 200 mt from the beach where the Festas do Mar are held.

Cascais is the ideal place for those who love seaside destinations in which to relax or enjoy
water sports, as its bay is home to some of the most beautiful and characteristic beaches
such as Praia da Conceição and Praia da Ribeira, the perfect beach for families Praia da Duquesa or the small hidden Praia Rainha.

The Four Buildings of “Cascais Bay”

These beaches inspired the four buildings of Cascais Bay, an apartment complex located close to the sea at the eastern entrance to Cascais. Each unit has different exceptional features, ranging from T0 to T4 duplex flats with a swimming pool, outdoor areas of up to 300 m2, indoor areas between 48 m2 and 296 m2, and a home automation system.

Cascais Bay is a shining example of an urban revolution, covering an area of 21,700 m2 with gardens and ecological areas, outdoor and indoor swimming pools, a gymnasium, garage and 24/7 security service. For sports enthusiasts, Cascais Bay is close to the famous Paredão de Cascais, an approximately 3-km-long pedestrian path connecting São João do Estoril and Cascais, families with children will enjoy the Parque Palmela green area with its adventure park and auditorium. Finally, the train and bus stations are only 900 mt away
connecting Cascais Bay with Lisbon and the international airport.

“Coral” - the Pearl Near Boca do Inferno

For those who want to live close to the sea but also do not want to give up the city center, the Coral is the building for you. In fact, it is located in the residential area of Gandarinha, and a few meters from the coast near the characteristic Boca do Inferno. From here, you can reach the center and the beaches on foot or via the bicycle path that connects the Marina to Guincho beach. Lisbon’s aerodrome and international airport are a short distance away, providing the necessary connections to the rest of the world.The Coral’s five luxury flats are spread over six floors, from the Green Villa studios to the four-bedroom flats, contemporary and geometrically designed with a garden, private pool and large windows that create a single spacious environment between indoors and outdoors. Its proximity to the center allows the Coral to be surrounded by numerous services, such as medical centers, supermarkets, gyms, churches, schools, beauty centers, and cultural venues such as the Casa das Histórias Paula Rego and museums.

“Legacy” - Luxury in the Historic Center of Cascais

Legacy is the luxury residential condominium par excellence and is located in the historic center of Cascais, where the Hotel Cidadela used to be. Among its 18 flats and 5 villas, there are Penthouses with balconies with spectacular sea views, villas with outdoor garden areas, Townhouses of the T3+1 type that have a private garden with a swimming pool and garage, and Premium Residences that have flats from T1 to T4 with balconies overlooking the sea or private gardens. This resort offers 5-star hotel services, including concierge, gym, spa, gardens, indoor pools, and parking.

Living at the Legacy means having schools, children’s recreation areas, markets, pharmacies, green spaces, gyms, golf courses, casinos, gourmet restaurants, and hospitals within easy reach. Above all, the Legacy’s location in the city center offers unparalleled convenience as you can reach all the main places on foot, as well as nearby cities thanks to the presence of public transport just a few meters away and the distance of only 25 minutes from Lisbon International Airport.

Live Your Great Life in a Beautiful Place!

Imagine spending your life with the sun warming your skin and the sound of the sea in the background, enjoying the days as you relax in your private pool, stroll along the coast or participate in international festivals. Who doesn’t dream of such a life? And Cascais can offer you all this.

Book your visit today – there are still some excellent apartments left in each residential complex! We can arrange it in person or by video call. Cascais Bay, Coral, and Legacy – are the ones to keep your eye on if you want a deal where quality is 100% meets the fair price.

And of course, don’t miss the final night of the Festa do Mar on August 25th as the Cascais Symphony Orchestra will perform the most famous Hollywood classics while at sea, in synchronization with the music, fireworks will explode in lights and colors reflecting on the bay. It will be an evocative spectacle that will remain in your memories forever, making Cascais your place of the heart.

APPLY now for a VISIT TOUR

Check out our blog

Call us or feel free to write a message